That’s right…carjacking! This is another incident related to a medical appointment as my life seems to revolve around such. So, I had HAD it! Someone needed to pay for all this crap! I was going to take someone else’s car and go joy riding!

Well, my optometrist, at a recent visit, was worried about an optic nerve abnormality and referred me to the top glaucoma specialist in our state. The visit truly was a pleasure. The staff and technicians were friendly, professional, and efficient. The doctor had the best “bed-side” manner of any doctor (and I have seen a score of them) I have encountered… probably ever. I told him so. The tests were extensive and one specific test almost ignited my fight or flight response. I have a fear of anyone or anything near my eyes. I even hate eye drops of any kind. This mentioned test required that the technician touch my eyes with an instrument! Arghhhhhhhhhh! Anyway, of course, my eyes were dilated for examination, so I looked like an old anime homeless man. 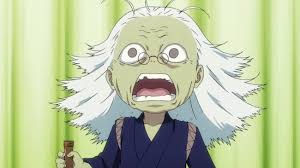 The news regarding my eyes was very good and one of the best medical visits I have had in many, many years. I even had a good cup of coffee from them. The one thing they forgot were the ugly snap around sun shields for my light sensitive eyes. I thought, “Oh well, Starla has a pair of the over-the-glasses shades in the car.” So, I just covered my eyes with my hand until I got to the car.

What a relief provided from those funky shades! But, I had to do a few errands before returning to the homestead. The first was to my second home (maybe my first home since I spend more there than on my mortgage), Home Depot. My ego did not allow me to wear the funky shades into the Depot, so I shaded my eyes as I walked in and I was able to tolerate the lights inside. Everything was overly bright and sparkling but I was successful in my product search and purchase. I did struggle some getting to the car and loading my stuff but prevailed. Back on went the funky shades and off to my next errand. I needed to order my new glasses at the Sears optical shop. I repeated the process of shading my eyes on the way to look at frames. The “customer service” representative basically ignored me after I told her that another sales rep helped me before, so I left rather miffed.

I stomped out (a fearsome sight with my cane) to my vehicle, unlocked the door with my key fob and jerked the door open! There was another man in the driver’s seat of my car! A white guy of about thirty-five, on his cell phone, mouth open and leaning away from me. Then I realized that a similar colored vehicle parked right next to mine and closer to the store. Shielding my eyes had blocked the vehicle distinctions and I opened another person’s door! I am not sure who was more puckered. I began to apologize claiming I had everything from an eye exam to a head injury. He nervously accepted my repeated regrets and I hobbled to MY car mumbling that could have been shot and that I couldn’t even carjack a parked car from a pudgy guy…lame.

The Blind Dirk (I guess I will bring my own sunglasses for my next eye doctor visit…just saying!)